How To Grow And Care For The Dumb Cane Dieffenbachia

How To Grow And Care For The Dumb Cane Dieffenbachia 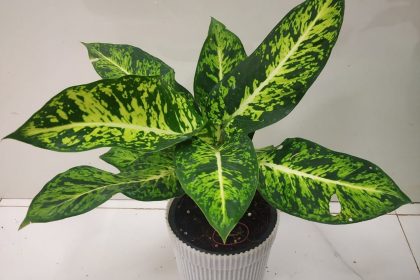 The large and showy dieffenbachia can be the perfect living decoration for the home or office. When you learn how to care for a dieffenbachia plant, you’ll find it to be adaptable to different kinds of lighting and conditions in which you might not expect a dieffenbachia houseplant to grow.

The Dieffenbachia is a lush and showy plant from the tropics of Mexico, South America, and the West Indies. Often called “Dumb Cane” due to its toxic sap that causes irritation when ingested, this plant is not ideal for a space with small children or curious pets. However, with a small amount of caution it poses no significant threat.

This plant will thrive in a spot that receives bright ambient light, but direct sun will scorch the leaves. In an office space, the Dieffenbachia can adapt to fluorescent lighting, though it may take some time to adjust.

PRO TIP: Dieffenbachia have a toxic sap that can cause the tongue to swell, giving the plant its nickname, “Dumb Cane”. Keep out of reach of pets and children, and wash your hands after pruning.

The number one cause of dieffenbachia houseplant death is overwatering!! <dramatic pause> Ok, ok, I just made that up to sound cool, I don’t know if there are any actual stats about the top causes of dumb cane death.

All kidding aside, overwatering really is the main thing you need to worry about when growing this plant. Proper watering is a crucial part of dieffenbachia care, and consistent overwatering will definitely kill your plant.

Just make sure you check the soil before watering by sticking your finger about an inch into the dirt. Allow the soil to dry out a bit between watering, but never let it get completely bone dry. So, once the soil no longer feels damp, then it’s time to water.

Dumb cane are perfect low light houseplants because they actually don’t like it when they get too much light, especially direct sunlight. Direct sun will cause their leaves to fade or burn.

On the other hand, if the room is too dark, they’ll quickly grow tall and leggy. A spot next to a sunny window, or where it gets filtered sun through a curtain would be perfect.

Just be sure to keep them out of the window so they don’t accidentally get too much sun. If you start to notice the leaves are fading or turning brown, then move it farther away from the window.

They will adapt to growing in a low light area, but they won’t grow as vigorously. And like I said, they will get leggy much faster without adequate lighting.

However, if you’re a person who tends to give your houseplants TOO much love in the form of water… then you’re better off using a fast draining soil mix for them.

Simply add some perlite, pumice, or coarse sand to the potting soil to help with drainage.

You don’t need to worry about repotting your dumb cane very often, they really don’t need to be repotted until they become pot-bound. In fact, repotting a plant just for the sake of aesthetics, or simply because you feel it should be part of your regular dieffenbachia care routine are the wrong reasons.

And never repot a sick or ailing plant to try to save it. Repotting puts a lot of stress on plants, and the transplant shock may end up killing weak or unhealthy plants.So how do you know when to repot it then? One good indication that it’s time for repotting your dumb cane is if there are roots coming out of the bottom holes.

It’s rare for a healthy dumb cane houseplant to have problems with bugs, but sometimes insect pests like spider mites, thrips or mealybugscan attack the plant.If you notice webbing on the leaves or leaf joints, those are spider mites. Mealybugs look like white cotton on the plant, and thrips are tiny bugs with arrow shaped black bodies.

If you find bugs on your dieffenbachia, then start treating the plant right away using organic pest control methods.Never use chemical pesticides on indoor plant bugs because they can build up a resistance to chemicals, making problem even worse.

My favorite product to use is organic neem oil. It’s s a natural insecticide that is very effective at controlling houseplant bugs.Horticultural oil works great too.

The most frustrating part of dieffenbachia care is when your plant is sick and you don’t know why.

As you’ll see below, almost all problems you’ll have with growing dieffenbachia are caused by either incorrect watering (usually overwatering) or over-fertilizing.

So keep that in mind as you troubleshoot your plants symptoms…

What you can read next 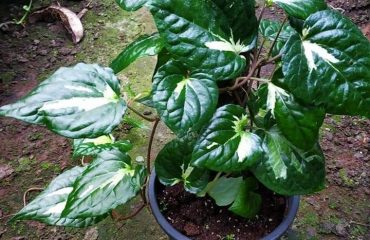 How to Grow Betel Leaf Plant 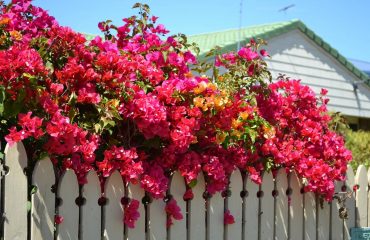 How to Grow and Care for a Beautiful Bougainvillea 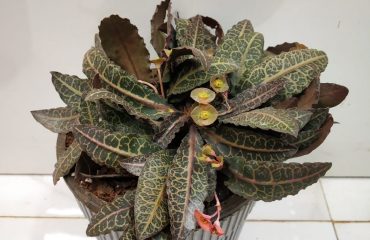 How to Grow and Care for Euphorbia